In Lagos, Portugal, From Uninhibited Partying To Serenity

Morning In party town Lagos, a small city on the southern coast of Portugal. A big draw for surfers and vacationers alike. The high summer season has come to an end and many restaurants, bars and shops are beginning to shutter for the winter season. Seasonal workers are also starting to leave. I will stay awhile. And just how did I land here? The full, wild, crazy tale.

“The difference between a tourist and a traveler is that a tourist seeks only comfort while a traveler seeks discovery.”

A few days ago I saw the above quote on the profile of a fellow Miami couch surfer – unattributed – but I immediately recognized it as the words of writer and solo traveler Lea Lane.

I am no travel snob. I respect anyone who travels, be it seeking out creature comforts or roughing it. But by Lane’s definition, I aim to be a traveler, to discover, to connect with people.

Since I returned to Miami, I have been discovering new things about a city that I called home for at least a decade. I’ve been traveling, meeting new people, discovering things about Miami and about me. Proof you don’t have to travel far to find your soul. Lots of time to think, lots of time to discover, even in urbane Miami. Go out and discover. 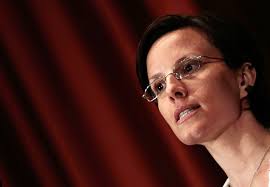